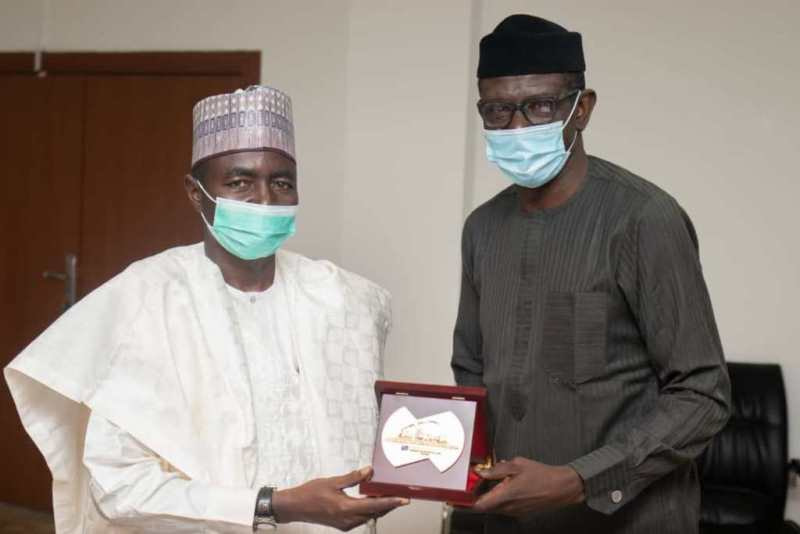 Nigerian Export-Import Bank has signed a memorandum of Understanding with the Yobe State Government. This is part of the Bank’s mandate to promote non-oil export development. This MOU was signed on the 26th of August 2020 in order to promote sustainable economic development in Yobe State via the facilitation of export-related promotion and industrialisation of investments which will utilise local resource endowments in the state.

The willingness of NEXIM Bank to explore partnership opportunities with Yobe State Government in driving the Bank’s economic diversification efforts and to promote and develop exportable agricultural products in the State was expressed by Mr. Abba Bello in a statement issued by Mr. Tayo Omidiji, Head, Strategy and Corporate Communications.

According to Bello, the MoU will facilitate export-related industrialisation and attract investments that will utilise local resource endowments in the state.

There was more explanation about the NIXEM’s products which has been fashioned accordingly with the plan of the Federal Government’s objectives under the One State, One Product Programme to develope at least one commodity of export significance per state.

For this project, the sum of N1billion per state under the Export Development Fund had been set aside to support the export value chain in the 36 States of the Federation and the FCT. This will help to customize products in the state and to assist exporters to access the facility at a single digit interest rate.

Hon. Stella Okotete who is the Executive Director of Business Development NEXIM Bank also presented some of the Bank’s products and initiatives. In this process, she emphasized on the execution of the State Export Development Programme is to be implemented in collaboration with the State Governments where the State Governments are required to set up Special Purpose Vehicles (SPV’S) registered as corporate entities to source for the funds from NEXIM at a maximum Interest rate of 9%.

Hon. Stella Okotete said that the Bank’s intervention was targeted at developing all aspects of the export value chain from production to processing, under its new philosophy of PAVE, which stands for Produce, Add Value and Export.

She said that NEXIM’s objective was to work with the state towards developing related industries for the export market, particularly against the background of the increased opportunities under the African Continental Free Trade Agreement (AfCFTA).

Alhaji Barma Shettima, The Hon.Commissioner, Ministry of Commerce, Industry and Tourism, responded on behalf of the Yobe State Government by expressing the government’s pleasure to collaborate with NEXIM Bank for the development of the state by financing the establishment of Sesame Seeds processing and Gypsum Plasterboard Manufacturing Plants in Damaturu Yobe State.

Hon.Shettima noted that the state had comparative advantage in numerous agro-allied products and vast deposits of premium quality Solid Minerals, of which the government had identified Sesame Seed and Gypsum for immediate development and value addition for export.

The expected economic impact of the export of Sesame Seeds and Gypsum through the partnership with NEXIM Bank he said, would enhance job creation, farmers empowerment, and foreign Exchange generation which would no doubt boost the Nation’s drive to grow and develop the Non-oil sector.

He said that both parties would take immediate steps to operationalise the partnership toward achieving the envisaged benefits.

Please Note: Exhibition Affairs does not conduct any form of government registration.