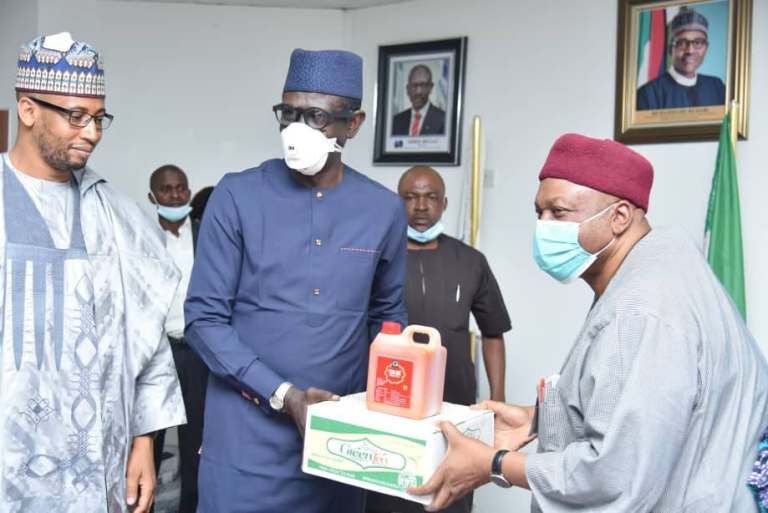 On the 7th of September 2020, Taraba State and Nexim Bank of Nigeria agreed to partner on the production of tea for the local and international market.

This agreement was concluded at the headquaters of Nexim Bank in Abuja Nigeria between the Governor of Taraba State, Darius Ishaku and Nexim Bank’s mnagement team.

Previously to this agreement, the Nigerian Export-Import Bank (NEXIM) had stated that a memorandum of understanding will soon be signed between the Bank and Taraba State Government of Nigeria as part of the Bank’s effort to achieve the zero-oil plan of the federal government by boosting investments in the non-oil export sector through partnership arrangement with state governments under the State Export Development Programme.

Being the only state with the capacity to grow and produce tea in the country, Taraba state government has sought partnership with Nexim Bank to boost production of the commodity for both local and international demands.

Taraba state government of Nigeria which solely owns the Mambilla Beverages Nigeria Limited; producers of Highland Tea, at a meeting with Management of the bank, also said it will soon commence coffee growth and production.

He furthered that the bank is willing to commit funds to the development of tea, coffee and other very viable business opportunities.

He also suggested a partnership that will work on a Memorandum of Understanding on this and other areas of business promotion as requested by Gov Ishaku.

In responding, Gov. Ishaku emphasized the efforts of his administration to develop the economic potentials of the state, intimating that the state is one of the highest producers of major cash crops in Nigeria and has the capability to export agricultural products like Tea, Coffee, Palm Produce and Cocoa. In the Solid Minerals sector, he noted that the state is well endowed with minerals like Gold, Lead/Zinc, Coal, Byrite, Lithium, Uranium, and Bauxite, which could be developed for export. While concluding his remarks, the governor noted that perhaps the biggest potential is in the tourism industry, given the clement weather and Mambilla Paleau, which is the highest in Nigeria.

In closing, both parties agreed to work together to unlock the opportunities, towards boosting the contribution of the state to non-oil exports and the economic diversification objectives of the federal government of Nigeria.

Please Note: Exhibition Affairs does not conduct any form of government registration.